WWE WrestleMania 29 ended with the huge rematch of The Rock versus John Cena for the company’s top championship.  It was the second coming of a match that was originally billed as once in a lifetime, but as I sat there and watched it all unfold, I had only one thought.  CM Punk versus The Undertaker should have been the main event.

I know what you’re thinking.  “Monday morning booker.  Can’t be satisfied with the way WWE did it, has to go and complain right after the event is over, as if he could actually do it any better.”

Honestly, for me Taker and Punk was just such an epic confrontation, such a great match, that it felt like the night should have ended the moment the final bell rang.

Indeed, following the last segment of this past Monday Night Raw, I was of that opinion right then.  As I watched Punk dump out the urn onto Undertaker’s prone body, all I could think of was how big this was, how controversial it certainly would be the next day.

It was big time stuff.

It was so big that for the first time I really began to wonder if their WrestleMania 29 showdown should be the last match.

The hype was incredible, the buzz around it was massive.  Punk is used to being the talk of the wrestling world, that much is for sure.  He has seen his fair share of controversial moments, no doubt about it.

﻿And this has to be in the top five.

When you think about it, with all of the talk and debates about the undefeated streak and considering the match quality that we are accustomed to seeing from both men, how could this match not have been the main event?

WrestleMania is the grandest stage of them all, the night that WWE shows off its top talents in the greatest matches that the industry has ever seen.  WrestleMania is the moment that Vince McMahon’s company proves why it is number one and why no one does it better. 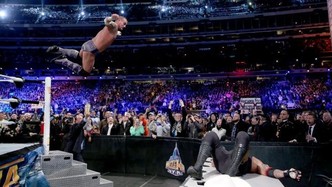 And the match itself not only lived up to those requirements, but surpassed them.

Chemistry.  That’s the best word for it.  The Deadman and the Best in the World have it by the truckload, and because of that, they had a near flawless match.  By contrast, John Cena spent quite a bit of time talking to The Rock in their match, and the cameras picked up every word of it.

Punk and Undertaker rarely spoke at all during their bout, so everything flowed very well, with very few moments of hesitation and breaks in the action.  It truly felt as though everything were really happening, as if each Superstar were legitimately trying to win the match. 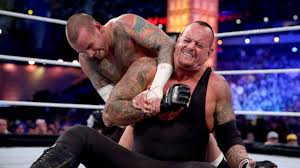 The fact that this match is now receiving so much praise is likely not lost on CM Punk, who has yet another opportunity to smile and wave, confident that he is indeed one of the best talents in the business today.  His epic battle with John Cena back in 2011 in Chicago for the WWE Championship was voted match of the year here on Bleacher Report and by many fans all over the world.

Again, put together two of the best, and you get what you pay for.  Add in the drama created surrounding the death of Paul Bearer, and you have even more for fans to become emotionally attached to, more to embrace and love about two of WWE’s finest athletes.

CM Punk has had these big money matches before, in which he totally puts himself out there for the whole world to see.  He is fearless, confident and fully capable of tearing the house down whenever the moment arises.

The Undertaker is WWE’s Jerry Lee Lewis, a man whom the rest of the guys do not want to follow.  This is especially true for WrestleMania, the annual battlefield for The Deadman, in which he defends his undefeated streak and creates one more victim. 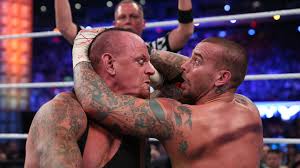 CM Punk versus The Undertaker at WrestleMania 29 is one of those matches that reinforces for me why I love the business so much.  This is Ric Flair versus Ricky Steamboat, Dusty Rhodes versus Tully Blanchard, Triple H versus Shawn Michaels.  So much drama.  So much talent.  And so many reasons why it deserved to be the final match of the night.

The Rock did not return to WWE to perform in the semi-main event.  John Cena did not become the face of the company by working in the middle of the card.  We all knew which bout would be the marquee contest for the evening.  I don’t know if anyone believed that would actually change.

But for me, that match pales in comparison to Undertaker versus CM Punk.  Punk at one time still considered himself to be WWE champion, though he no longer had the belt.  Perhaps his showdown with Undertaker could also be considered WrestleMania 29’s true main event.  For me, that is most certainly the case.