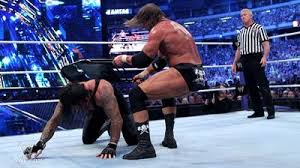 After watching the show, I think we can all agree that WrestleMania XXVII was just an overhyped Raw episode that happened to cost $60.

But, as is sometimes the case with WrestleMania, one match steals the show and saves face for the entire event.

This year the match that saved the show, and the match that will shield WWE from a lot of criticism it deserves for its lackluster pay-per-view, was Undertaker Vs Triple H.

The build-up was so poorly executed over the past few weeks that strangely a match-up with two legends sort of flew under the radar.

If it wasn’t for Shawn Michaels involvement on last week’s episode of Raw, the go-home show for WrestleMania, the enthusiasm for the match may have been non-existent.

In last week’s promo with Undertaker and HBK, Triple H stated that it was time for the Undertaker to be “put down” and he was right.

From the moment the bell rung, Triple H owned ‘Taker. Undertaker looked old and tired, as Hunter got the better of the initial fistfight between the two.

Even when the Undertaker finally overpowered Hunter and threw him out of the ring, it had a tinge of desperation to it. Almost like he could no longer defeat Triple H, a man not considered to be the elite striker the Undertaker is, in a brawl.

WWE commentators always say that you don’t want to get into a fistfight with the dead man but Triple H looked totally comfortable brawling with him.

Undertaker dove over the top rope and landed onto his opponent. Triple H eventually recovered and drove ‘Taker into the “Cole Mine” and the weight of the two men knocked the structure on its side.

Triple H went for the pedigree on the announce table but was back-dropped onto the floor.

Once the combatants returned to the ring, the match was completely controlled by The Game and seemed to be his match to lose.

As the fight continued, I thought back to what Triple H said in the last promo for this match: “I came back to put you down. It’s time.”

The Undertaker was punished in this match in a way that he has never been before at WrestleMania.

Shawn Michaels used his speed, quickness, and determination to make us think he could win. Batista used his power to plant a seed of doubt in our minds.

Randy Orton used his youthful energy and arrogance to trick us for a few moments into believing he could win.

There is no other way to put it; Hunter Hearst Helmsley kicked The Last Outlaw’s ass last night.

I truly believed the streak was ending because Undertaker was getting his ass kicked. And I couldn’t help but think about how Shawn Michaels looked when he was waiting for Undertaker to finish him last year.

I thought back to a few years ago, when Ric Flair was waiting for HBK’s sweet-chin-music to put him out of his misery. 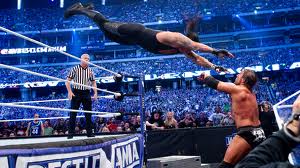 I remembered when The Rock put “Stone Cold” Steve Austin down. Triple H was correct when he said that it was time for the dead man to go, like it had been time for so many other superstars before him.

I didn’t want to see the Undertaker get beaten up anymore. I saw Abdullah the Butcher barely walking with his cane on the stage earlier and I thought “is this what the Undertaker wants for himself? Is the streak important enough to risk his well-being?”

I couldn’t help but think that Undertaker should have retired with Shawn Michaels. What has happened in the past year to make me think otherwise?


He was humbled by Kane for months and the Undertaker has owned Kane since forever. He was decimated by The Corre, who was squashed last night by the Cobra.

The great ones can’t always go out like John Elway, victorious and proud. Walking away last year would have been the John Elway move. Getting pummeled by Triple H was the Brett Favre move.

“When the streak dies, you die” is what Triple H told the world leading up to this match. The Undertaker had been repeatedly blasted in the back with a steel chair when he struggled to his feet, only to be sent right back down to the canvas with a shot to the head. And still he kicked out at two. 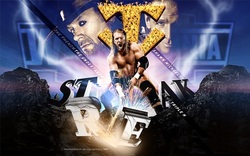 He didn’t kick out with authority or with much energy, but he kicked out nonetheless. The intimidating scowl we all recognized had been replaced by a look of resignation.

Even though the match wasn’t over, Undertaker looked as though he knew he would lose. But he refused to lose because if he lost at WrestleMania, he would die.

His career has become defined by what he does on the biggest stage professional wrestling can offer. The World Title means nothing to him. What Undertaker does at SummerSlam or Night of Champions is meaningless.

He could have lost to Kane a hundred times last year because nobody would remember it anyway. 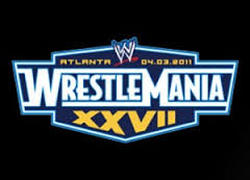 He’s the man who never lost at WrestleMania; that is what now makes him special and separates him from everyone else.

He can’t wrestle full-time anymore so the streak is all he has left. And Triple H was trying his best to take that away.

We all knew he would lose tonight. When Hunter delivered the Tombstone piledriver to the Undertaker, the arena fell silent. We all knew it was over then; and then it wasn’t. Undertaker kicked out at two and stubbornly refused to die.

Triple H and the rest of the world stared in amazement and pity as the once invincible Undertaker practically had a seizure on the canvas. He tried his best to maneuver his body in a way that would enable to get to his feet but he just couldn’t. 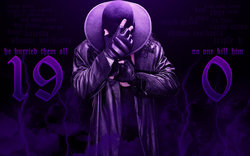 Triple H was only left with one option; he had to kill his opponent. Literally kill him. It’s the only way he could walk out of WrestleMania as a winner.

He had to do what only he has the courage and sincerity to do. So when Hunter dug under the ring to get his signature weapon, his sledgehammer, I understood this wasn’t an act of viciousness but of kindness.

If Triple H didn’t end Undertaker’s career now, someone else inevitably would.

And I don’t think Undertaker wants his career ended by Wade Barrett or some other competitor unfit to lace the Undertaker’s boots. He said it himself that he would want Triple H to end his career when he needed to be put down. 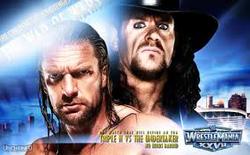 So Triple H was poised to deliver the final blow when Undertaker, out of nowhere, applied the Hell’s Gate submission maneuver to a shocked Triple H. Hunter was so close but still a mile away from ending this match and Undertaker’s career.

As Triple H struggled to escape the deadly hold, one question remained. Is trying to end the steak really worth dying for?

Does Hunter really want to end the streak so badly that he will risk his life? Because the Undertaker has proven that he will die to preserve his WrestleMania streak.

Triple H reached desperately for the sledgehammer that he needed to break the hold. He grabbed it and with one last burst of energy, he lifted the hammer in the air, ready to strike the Undertaker with all the strength he had remaining, but he dropped the hammer, fought a little more to break the hold, but eventually tapped out.

Why did Hunter tap out? We can all boast that we would die for something or other but how many of us can stare at death himself without flinching and retreating back to the comfort that our brief life affords us?

So why was this match the best match ever? It is because it told the perfect story and the story is why we watch sports entertainment.

If we truly valued the technicians or the high-flyers, as much as we say we do, then Evan Bourne and Daniel Bryan would be in the main event at WrestleMania and the WrestleMania platform would have a restraining order against Michael Cole and Snooki.

Undertaker Vs. Triple H is an example of why we are all fans and why we watch grown men pretending to fight, from childhood into adulthood. We want a perfect story told on the biggest stage by iconic superstars, and that is exactly what we received last night.

If you have any questions or comments please ask them below