The Undertaker pinned Shawn Michaels after two Tombstone piledrivers at WWE WrestleMania 26. The Streak vs. Career Match finished out one of the best WrestleMania events in years and stole the show for the second year in a row. Sadly, the show finished with the end of the career of Shawn Michaels.

Most speculated going into WrestleMania XXVI that it would end with an Undertaker victory. News about the retirement plans of Shawn Michaels has been buzzing in pro wrestling since the end of WrestleMania 25. Yet, there was some buzz over the weekend that the Heartbreak Kid may actually end the streak and stick around. In the end, the result most expected is the result we got and one has to wonder whether this is truly the end of Shawn Michaels. 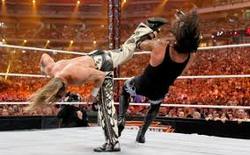 I can easily see some people picking the Shawn Michaels vs. The Undertaker WrestleMania 26 match apart. Like last year, there were a lot of false finishes. At one point the Undertaker gave Shawn Michaels a Tombstone piledriver on the floor, while Shawn Michaels struck up the band several time during the match. If you like that kind of drama, you will love this match. Some of the more old-school fans may not enjoy it as much because there wasn’t a whole lot of psychology when it came to several of the false finishes and kick outs. 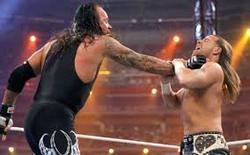 All in all it was a very fast paced match that saw the Undertaker dominate the majority of the match. To me, it came off as a match with a guy that just couldn’t hang with the other. The ““WrestleMania Moment,” will likely be a moonsault from the top rope to a prone Undertaker on a table outside of the ring. Michaels couldn’t have timed the move any better.

It is hard to believe that this will be the last we see of Shawn Michaels inside of a wrestling ring. I would not be shocked to see Michaels come back in a few months to Guest Host and start some kind of an angle. Michaels is just too young and too talented to walk away completely. The situation with Ric Flair is an entirely different so I can’t see Michaels coming back to the ring strictly for the money. At the same time, I have been told by several people over the years close to Shawn that he is really hurting and needs a lot of time off and away from the ring. Those close to Shawn have told me that other than a one-night return, they couldn’t envision Shawn Michaels ever coming back on a full or part-time basis.

Shawn Michaels has his critics, but I am not one of them. Over the last three decades, Michaels has probably been my favorite wrestler to watch. I just don’t remember many, if any bad Shawn Michaels’ matches. They may not always be great ones, but I can’t recall any stinkers from Shawn Michaels in the ring. On top of that, there is nobody that comes close to his string of great WrestleMania matches. Taking into account all of the pressures of being Shawn Michaels on WrestleMania and continually having great matches, that alone makes him one of the greatest of all time. 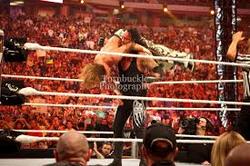 Whether this is truly the end or the beginning of a long layoff, I think we have seen the last of the great Shawn Michaels. Sure, he may be able to come back every once in awhile but it won’t be the same. As exciting as his style of wrestling has always been, it is one that doesn’t lend itself to a long career. Unless he is Superman, it is fair to say that his body has absorbed more punishment over the last 25 years than just about anyone else in pro wrestling.