It all begins again was the moniker of Wrestlemania XX in Madison Square Garden. The feud between Kane and The Undertaker had resurfaced after Kane buried his brother alive at Survivor Series 2003. The Undertaker was in an intense feud with Vince McMahon before Kane intervened. Kane laughed over the grave of The Undertaker as he claimed that despite the common bond the two men shared, The Undertaker had changed into just another one of the people. He had become like them and Kane preferred to be a monster. However, the monster would be tormented for months with vignettes, images, nightmares and mind games from The Deadman. Kane believe his brother to be dead, but he would arrive in Madison Square Garden to see if his brother had returned from the grave at Wrestlemania XX 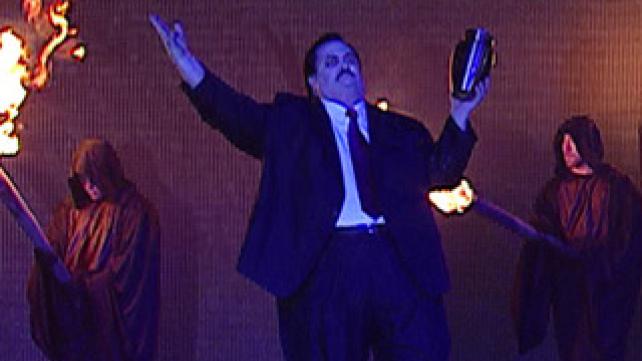 Kane awaits his brother in the ring. The possibility of The Undertaker arriving is without doubt Kane’s worst nightmare. The last time these two faced off at Wrestlemania, it was Kane who was the monster to be feared. Now, it the fear of The Deadman had returned to the WWE and his reemergence back into The Deadman rather than the Anerican Badass was the transition the audience was ready for. Kane was the perfect foil to allow The Undertaker to return at Madison Square Garden. As Kane waited The Undetaker’s return, a familiar voice echoed the arena before an orchestra of 18,000 erupted in perfect symphony as Paul Bearer also had his return with a hallowing, “Oh yes.” 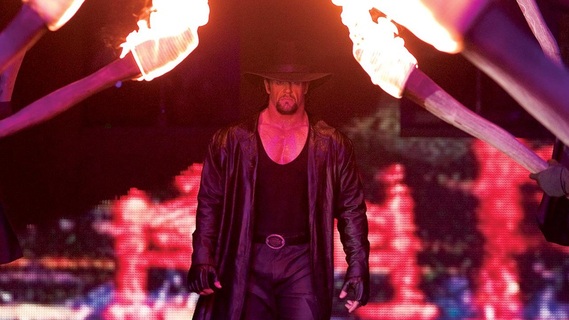 Paul Bearer walked down the ramp with The Urn in hand just like in the old days. Only this time, Bearer was followed by the torch bearing druids. The fear in Kane became more and more clear with each step Bearer made on his way to the ring. Bearer stopped in front of the ring to tell Kane a piece of his mind before turning back as the druids waited, the fans waited and Kane waited ]. No motorcycle, no rock music and no more game as the gong echoed through the arena once again. The bell tolls once again. 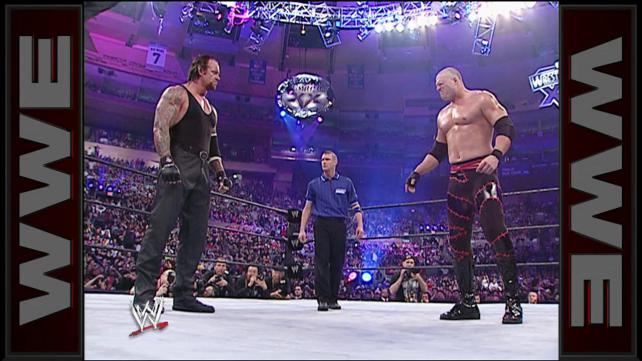 Bearer looked content on the outside while Kane was livid and afraid as The Undertaker reemerged from the darkness in a new cloak and black hat on the top of the ramp. The crowd went crazy as The Undertaker walked slowly underneath the fire of the torches, by the druids and towards his brother Kane. The Undertaker had come to reestablish his yard and to gain his revenge on his brother for burying him. Kane was in disbelief as Bearer and Taker were eye to eye. The Deadman climbed the steps and lite the arena and the atmosphere of Madison Square Garden on fire. No offense to Biker Taker, but Deadman Undertaker has just so much more atmosphere and aura. It isn’t just about making the match feel big. Its about making it feel mystical in a way that very few have every accomplished. Kane knows he is in trouble as The Undertaker enters the ring. The intensity of The Deadman is staggering as Kane pleas and cries that his brother is not real. The two brothers took a stare to new level for some time until there was nothing left for Kane to do but fight. Unfortunately for him, he was trying to ice skate uphill. 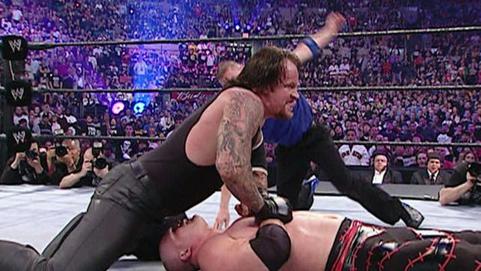 Kane first tried to ignore his eyes and his mind. Convinced that his brother was gone, he went to just graze The Undertaker. When he did, Kane would not only come face to face with reality, but he would have to endure the wrath of The Undertaker as he exploded onto his brother with vicious strikes. Taker pounded on Kane while he was on the ropes with right hand after right hand and each seemed to be getting stronger until The Undertaker chased off the referee. Kane quickly scattered out of the ring to deal with the brutality of his brother’s rage. Obviously, The Undertaker followed Kane to the outside. The two men fought on the outside as Kane got his first strikes in, but The Undertaker assumed control of his brother on the apron and went to work his elbows and a big leg drop. Back in the ring, The Undertaker crushed Kane in the corner before attempting a Last Ride Powerbomb, but Kane was able to reverse Taker back onto the ropes for a breath of life against The Deadman. 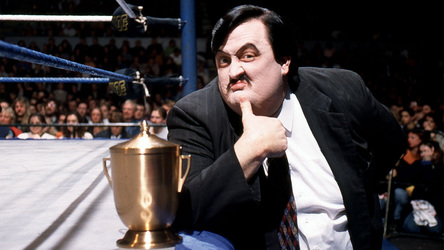 Kane had gained some offense. He hit The Undertaker with a big boot and pounded him on the mat as best he could. The Undertaker would flip Kane and continue his assault on him. Back on their feet, Kane was able to deliver a sidewalk slam. Kane hit a big flying clothesline from the top and got a two count. In the center of the ring, the two brothers traded bombs and big blows onto one another for leverage until Kane tried to hit The Undertaker in the corner. The Deadman dodged Kane and hit a big boot. Kane got to his feet as The Undertaker twisted his arm and made the all too familiar walk to the top rope for Old School. 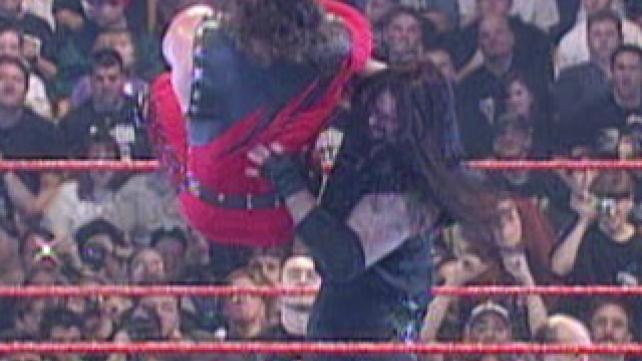 The match changes pace as The Undertaker attempts Old School and is blocked by Kane grabbing him by the throat. Kane is taunting The Undertaker with his throat in his hand, but The Undertaker makes him with a choke grab of Kane’s throat. The race is on for leverage. The Undertaker survived the battle and went for a chokeslam, but Kane got out with elbows and hit a chokeslam of his own. Kane laughed as he thought he had survived his brother’s return. However, The Undertaker sat up to surprise Kane yet again even though Kane of all people should be aware of the power of The Deadman. 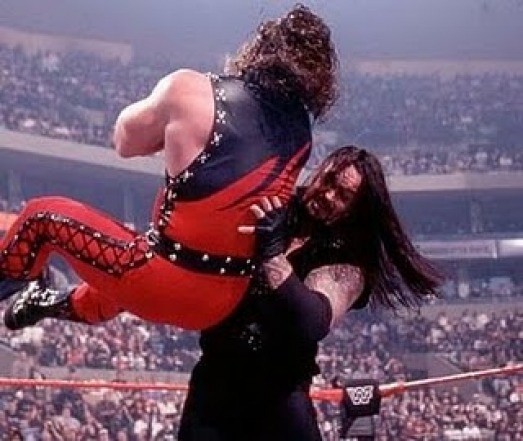 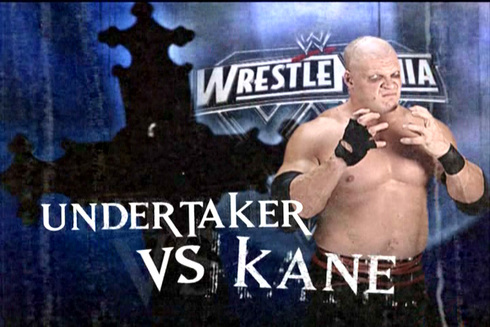 The match is okay, but this really wasn’t about the match. It wasn’t even about The Streak either. The second match with Kane at Wrestlemania XX was simply about the return of The Undertaker character. The Undertaker back in his vintage silent, but deadly in more way than one persona being accompanied by the aura and mysticism of his character. A big boost by having Paul Bearer return along his side really made the return to form feel special. I like this match because Kane puts it over well. The return, the atmosphere and the battle of brother vs brother was enough for this match to be as good as it is. 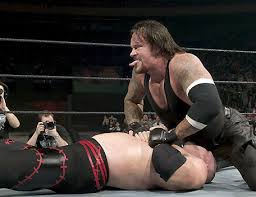 I personally want to take the time with this particular match to tell my appreciation for the work of William Moody. The man known as Paul Bearer and Percy Pringle III really had an impact on me as a young wrestling fan. He was the first manager that I can recall of important value during my first years of watching wrestling consecutively. Whether he was by The Undertaker’s side, or assisting someone like Shaun Ricker in lesser known venues. Moody was always of value as a wrestling mind and talent. His ability to convey the strange and bizarre with the aura of the characters he has associated with is second to none from any manager I have personally seen during my years. I just want to acknowledge the work of William Moody on his last appearance at Wrestlemania and show appreciation for his work and his acceptance into the 2014 Hall of Fame. I’m not sure if The Undertaker will accept the award on his behalf, or induct him personally. Either way, we all know the proper respect will be given from The Deadman and no one else on Earth should be the one to lay the career of Moody to rest. His life belongs to his family, but I will always remember the fear and intrigue I felt from Paul Bearer, the humor I felt from Percy Pringle III and the appreciation I haven now for the man that William Moody was and the legacy he leaves behind in our business. I toll the bell for Moody as a fan.